The orchestra was founded in 1949, when ten young school boys began to play wind music under the guidance of their teacher Pentti Jalonen. After a few years the band was already of considerable size, boasting 30 players.

The Rauma Youth band has been dir.mus Pentti Jalonen’s work of life despite his retirement in 1994.

As for now, the orchestra is made up of three bands of different levels; A, B and C. There are now some 50 players in the band A, while there are altogether approximately 100 players.

Mrs. Anne Lehtomäki-Koskinen has been the conductor of band A since 2000, and has improved it greatly. The conductor of the bands B and C is Mr. Timo Katila.

The grandest feats of the Youth band so far are the Finnish wind orchestra championship in 2007 and 2009 with golden diplomae, first place in the international Jugend und Musik contest in Vienna (2008) and third place in the international Jungfrau wind band contest in Switzerland in 2006. The band's latest achievement is the 2nd place and a golden diploma from the 2011 Finnish wind orchestra championship competition. The award is first of its kind for the new Band A of a younger generation of players, marking a good fresh start for the Rauma Youth Band.

Fresh winds are blowing for the primary orchestra of the Rauma Youth Band. The successful and celebrated orchestra now employs a whole new generation of dedicated players. A great number of older players have left the town for their studies, causing the thorough rebuild of the orchestra. Even though the average age of players has lowered ( now 14 yrs) the players, old and new, have played together for several years. Despite the young age of the new players, there is no doubt that the Rauma Youth Band still is and will be one of the greatest youth orchestras of Finland.

New players can join the Youth Band every autumn. You are welcome regardless of how long you have been playing. Whether you’re a novice or advanced, you won’t at first even need an instrument of your own. The Rauma Youth Band has three bands of different levels (A, B and C), and we are sure to find you the right one where to play. The Youth Band is upheld by its own organization, but it works under the supervision of the Rauma Music Academy. Contact one of our conductors for more information! 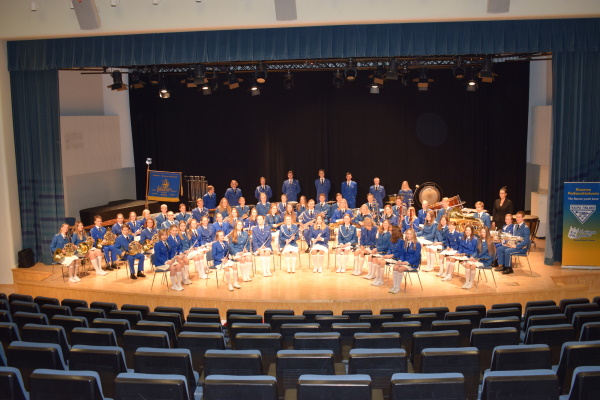